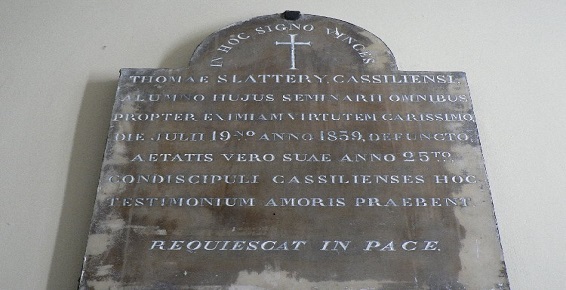 The presence of Irish priests, praying and studying on the Montagne Sainte Genevieve, goes back at least a thousand years. Irish monks were present in the old study houses of the Cathedral school of Paris and were part of the group, as both masters and students, that formed the Universitas Studiorum on the Montagne Sainte Genevieve, the forerunner to the Sorbonne University.

The more official presence of a specifically Irish community starts in the late 16th century, when John Lee, with six students, formed a college within the Collège de Montaigu in 1578. Some years later they were granted the Collège des Lombards as a permanent residence. Irish colleges were important throughout Europe in the turmoil of the 17th century and most Irish clergy were formed in them. In France there were a number of Collèges (Lille, Douai, Rouen, Nantes, La Rochelle, Bordeaux, Toulouse). They formed a refuge for clergy fleeing persecution in Ireland and one archbishop of Armagh, Dominic Maguire, who died in 1707 but who took refuge in France after the Treaty of Limerick, is buried in the crypt of the Collège des Lombards. The College no longer exists and the only part that remains is the chapel, which is now used by Syrian Christians. Each year the community goes there in November to remember and pray for those buried in the Crypt and all those Irish who were educated there. 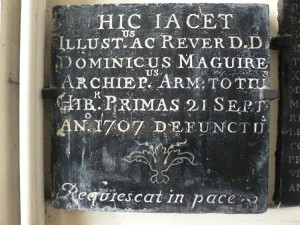 Throughout the 17th century, the Collège was blessed with the friendship of many benefactors, both Irish and French. Many young Irish men came here for education and they played a role on the history of Ireland and France as priests, scholars, soldiers, politicians, doctors and lawyers. In the 18th century, the Collège on the rue de Cheval Vert was acquired and renovated to accommodate Irish students in 1769. After the Revolution, this became the main residence of the Irish students. Under Napoleon, the Fondation Irlandaise was founded to govern the Collège and it is still the governing authority of the Collège to this day.

In the 19th century the Collège continued as a seminary for Irish diocesan clergy and as an Irish presence in the city of Paris. In 1939, as war broke out throughout Europe, the students were evacuated and one Irish priest, Fr Travers, remained resident in the Collège throughout the period of the war. After the war, the seminary was not re-established and a community of Polish priests, who had escaped from Dachau, were offered the Collège as a residence. The Seminaire Polonais de Paris had its home in the Collège from 1947-97. It now has a house in Issy-les-Moulineaux. During these years a young Karol Wojtyla, as priest and then as bishop, was a frequent visitor to the Collège. He was later to become Pope John Paul II.

From 1997-2001, restoration work was undertaken in the Collège. It was to re-open in 2002 as the Centre Culturel Irlandais and as a residence for Irish students on Erasmus programmes. The Chaplaincy began in the 1970s under Fr Liam Swords and it continues with a chaplain resident in the Collège and serving the Irish community in Paris.