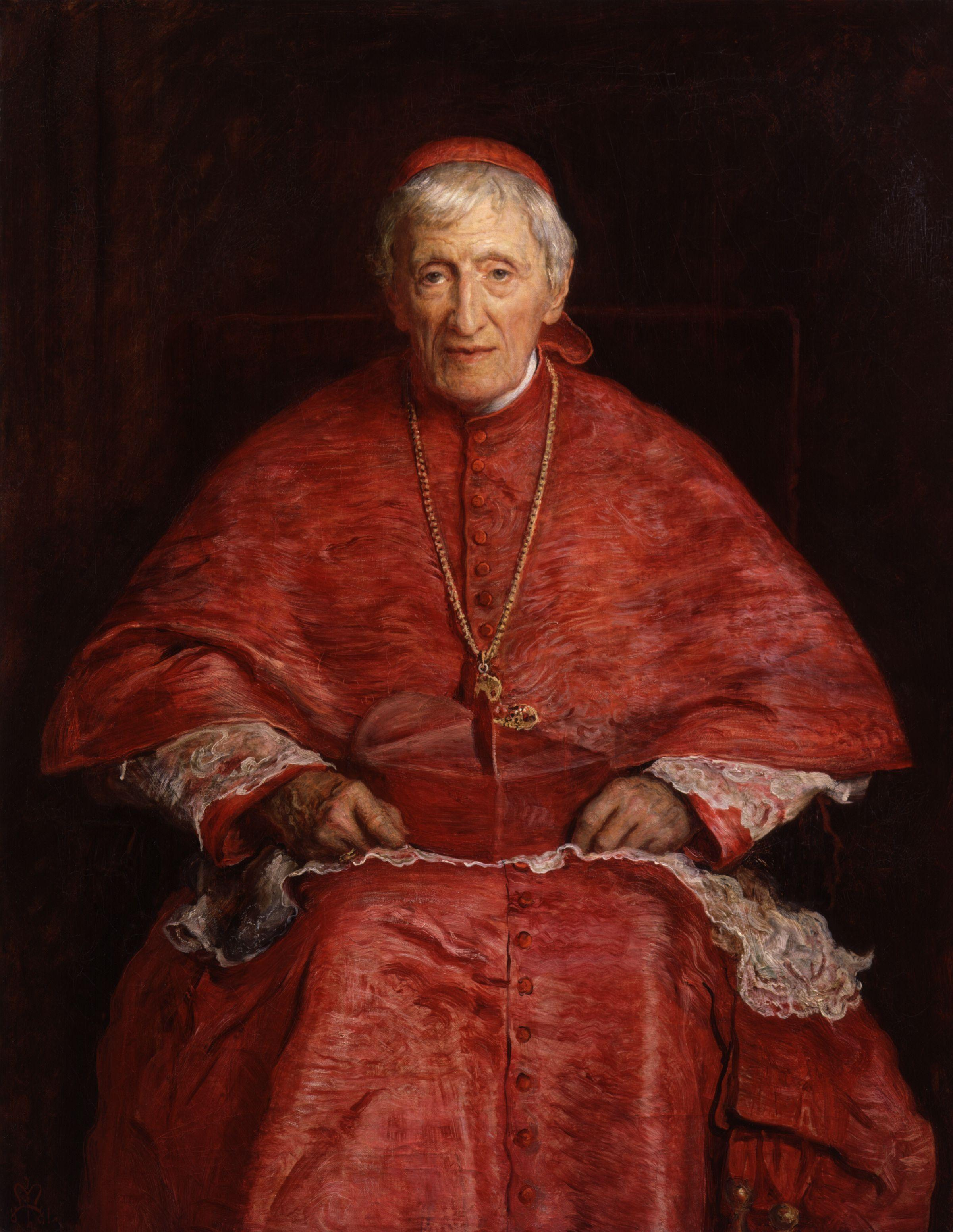 Blessed John Henry Newman(February 21, 1801 – August 11, 1890) Canonized as Saint October 13th 2019. John Henry Newman, the 19th-century’s most important English-speaking Roman Catholic theologian, spent the first half of his life as an Anglican and the second half as a Roman Catholic. He was a priest, popular preacher, writer, and eminent theologian in both Churches.

Born in London, England, he studied at Oxford’s Trinity College, was a tutor at Oriel College, and for 17 years was vicar of the university church, St. Mary the Virgin. He eventually published eight volumes of Parochial and Plain Sermons as well as two novels. His poem, “Dream of Gerontius” was set to music by Sir Edward Elgar.

Historical research made Newman sincerely believe that the Roman Catholic Church was in closest continuity with the Church that Jesus established. In 1845, he was received into full communion as a Catholic. Two years later he was ordained a Catholic priest in Rome and joined the Congregation of the Oratory, founded three centuries earlier by Saint Philip Neri. Returning to England, Newman founded Oratory houses in Birmingham and London and for seven years served as rector of the Catholic University of Ireland now University College Dublin.

Before Newman, Catholic theology tended to ignore history, preferring instead to draw deductions from theoretical principles—much as geometry does. After Newman, the lived experience of believers was recognized as a key part of theological reflection.

Newman eventually wrote 40 books and 21,000 letters that survive. Most famous are his book-length Essay on the Development of Christian Doctrine, On Consulting the Faithful in Matters of Doctrine, Apologia Pro Vita Sua—his spiritual autobiography up to 1864—and Essay on the Grammar of Assent. He accepted Vatican I’s teaching on papal infallibility while noting its limits, which many people who favored that definition were reluctant to do. When Newman was named a cardinal in 1879, he took as his motto “Cor ad cor loquitur”—“Heart speaks to heart.” He was buried in Rednal 11 years later. After his grave was exhumed in 2008, anew tomb was prepared at the Oratory church in Birmingham.

Pope Benedict XVI beatified Newman on September 19, 2010, at Crofton Park. Benedict noted Newman’s emphasis on the vital place of revealed religion in civilized society, but also praised his pastoral zeal for the sick, the poor, the bereaved, and those in prison. John Henry Newman has been called the “absent Father of Vatican II” because his writings on conscience, religious liberty, Scripture, the vocation of lay people, the relation of Church and State, and other topics were extremely influential in the shaping of the Council’s documents.

Although Newman was not always understood or appreciated, he steadfastly preached the Good News by word and example. He will he canonized a saint by Pope Francis on Sunday October 13th in St Peter’s, Rome.